This past three-day weekend had so many new experiences I can hardly process it all through the hormone fog. I’m pretty sure I deserved the scolding from my mom, who somehow knew I was pretending to be well and over doing things, after I almost collapsed in the MGM Grand lobby while pushing her wheelchair.

If you follow my blog you might know I am dealing with endometriosis and Hashimotos thyroiditis (autoimmune disorder), all of which is currently limiting my ability to function. I wake up daily with a tiny headache and body aching that grows into a monster by night fall, requiring heavy medication.

Because of this I generally don’t get out, but when mom visits I try to maintain as much normalcy as I can for her sake – and for a chance to enjoy some new experiences.

I was so excited to be out of the apartment – getting to visit the mini Eiffel tower at Sunset as the Las Vegas Strip lights came up, eating a delicious buffet at Paris Hotel, and seeing a Cirque du Soliel show after – that I kind of ignored the limitations I have had to adopt since my endometriosis surgery and autoimmune flare-up, and gave in to going out at night, when I’d normally be passed out at home.

I initially had the option to do our outing earlier in the day, but I really wanted to try the Eiffel Tower Viewing deck at night. As fate had it, the sun went down pretty late that day so it was still bright outside. However, if we hadn’t gone at the time we had, I would have completely missed the Bellagio Water Show which I had been dying to see since it was last updated.

The sunset over Vegas wasn’t too bad – such a peaceful moment. 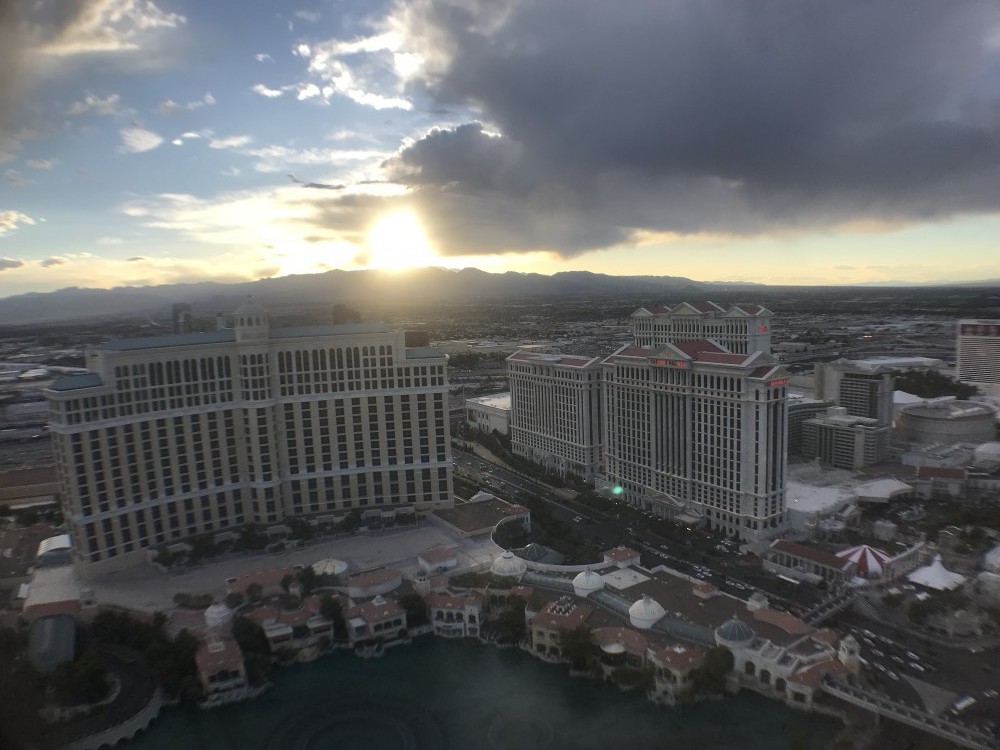 The Paris Hotel buffet did not disappoint either.

I might have learned my lesson at the moment I felt like I really couldn’t stand up any longer, and the theatre attendant told us we were an hour too early for our showing. But my mom was so excited seeing the huge, smoke-breathing dragon outside the theatre, and it added to my own excitement. 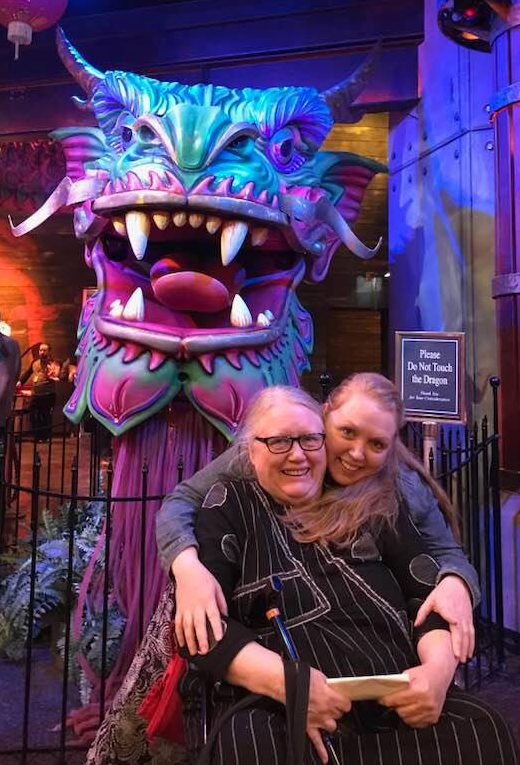 Ka itself was breathtaking and beautiful, I’ll be posting some of my video of it as soon as I feel up to the editing project. I’m still not sure what the show was about exactly, but it featured a lot of martial arts, dance, and wall climbing that had me on the edge of my seat.

The set was amazing. 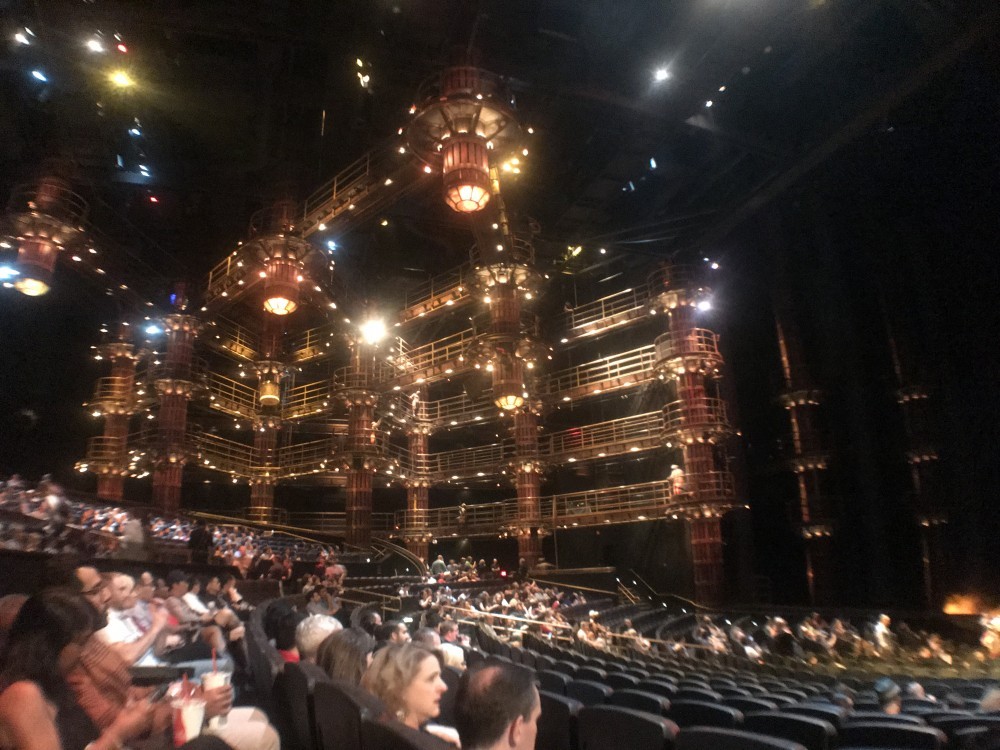 The acrobatics were stunning. 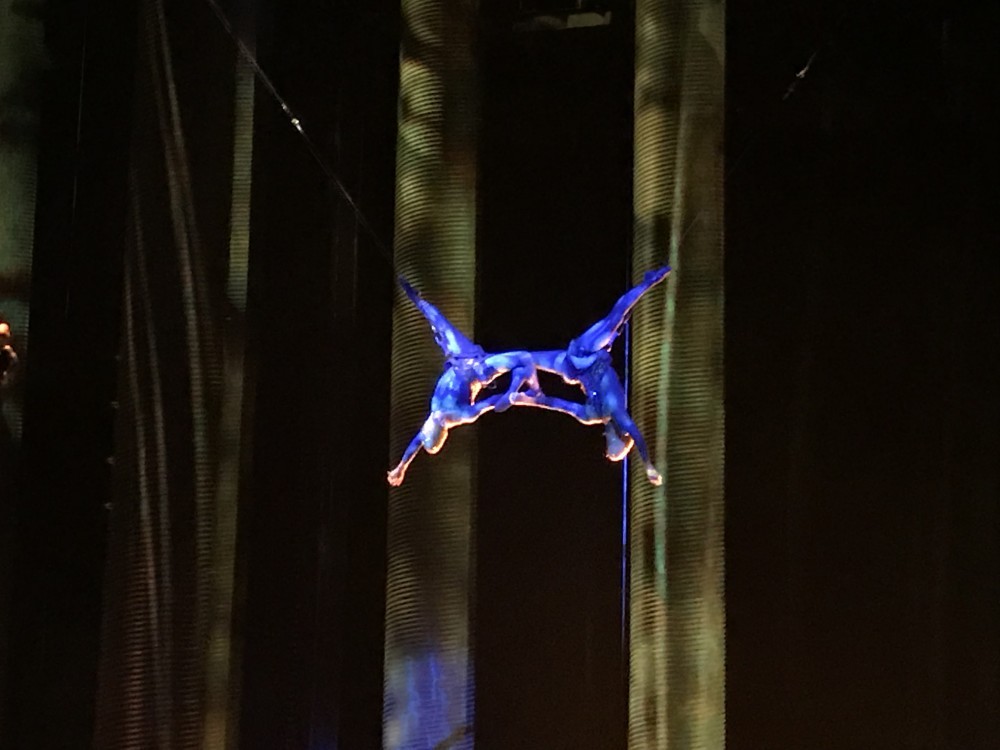 And there were some really heartfelt, creative moments, like this shadow puppet show. 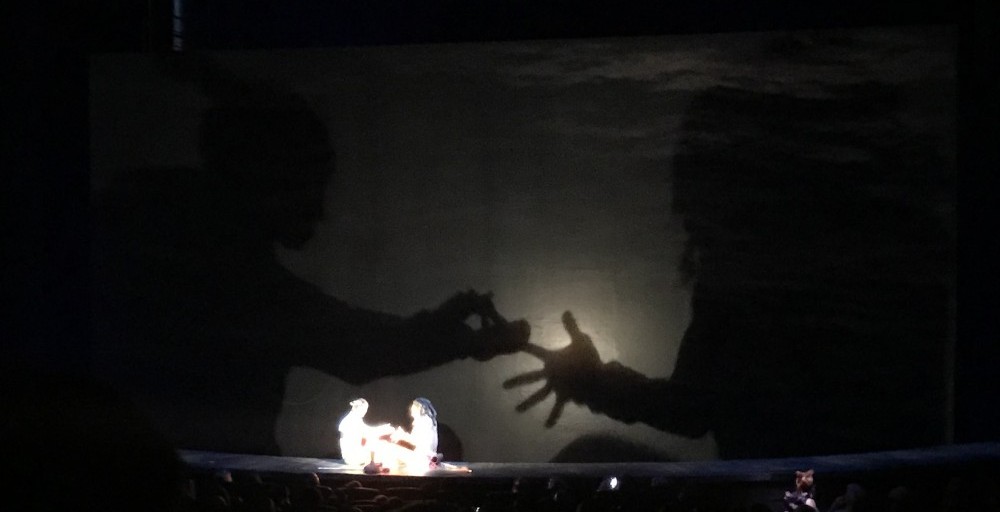 During the exhilarating performance, with death-defying feats (seriously no idea how they did some of this stuff), it was easy to forget how extremely exhausted and out of breath I felt. I was able to relax and enjoy, and even have a few euphoric moments without painkillers.

After the show, and while we waited for the crowd to exit ahead of us, I worked to get my limbs moving again. The circulation was gone from my legs and hands, and I was so fatigued I knew I was going to have to give one final push to get us home. We had purposely left the car at the hotel because I knew I wouldn’t be able to drive, so my next major accomplishment was going to be getting to an Uber.

As we approached the Uber-designated section in the underground lot of MGM Grand, I felt a surge of relief knowing the last hard part of the day was going to be over. I felt excited enough to stop in a fun little shop and look at some incredibly expensive, but absolutely must-have frivolities at Stupididiotic. 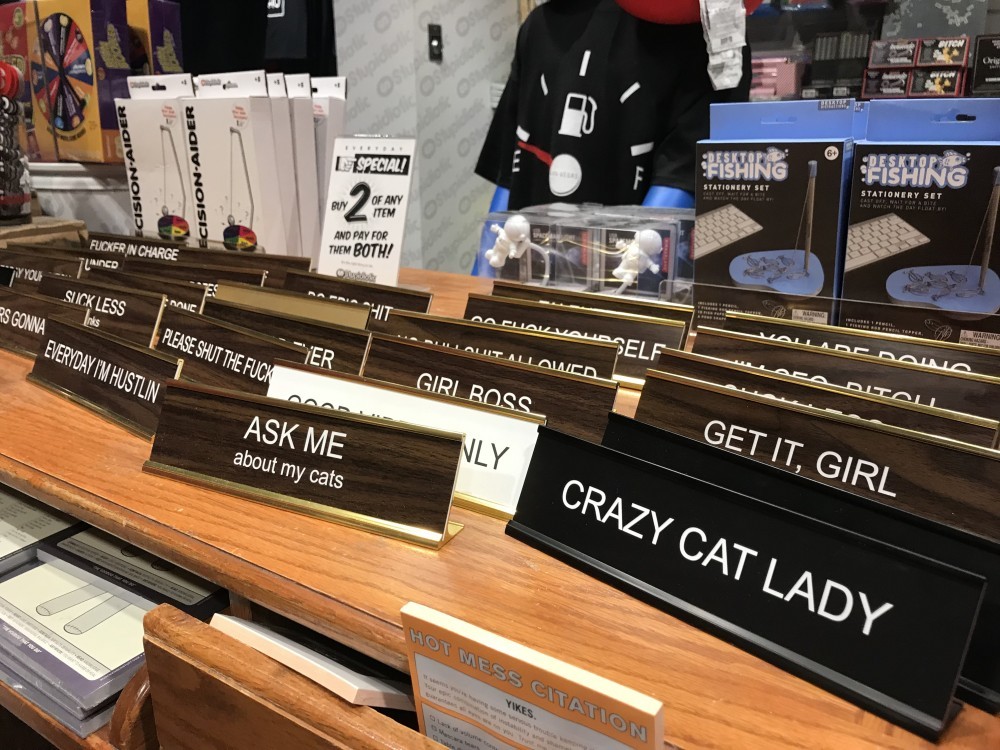 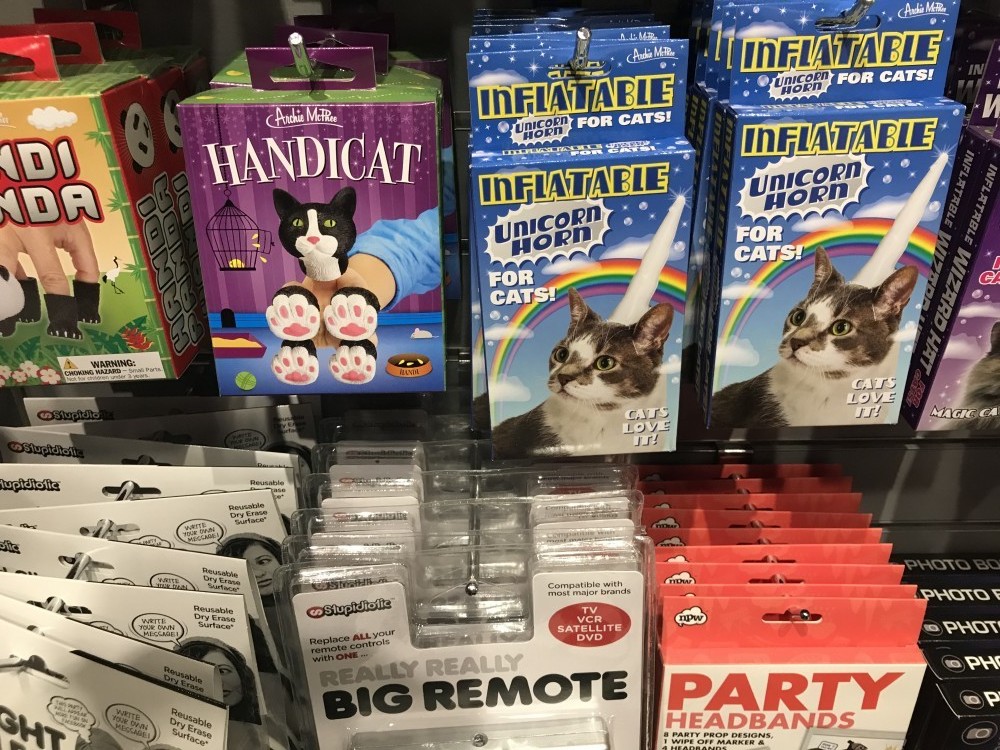 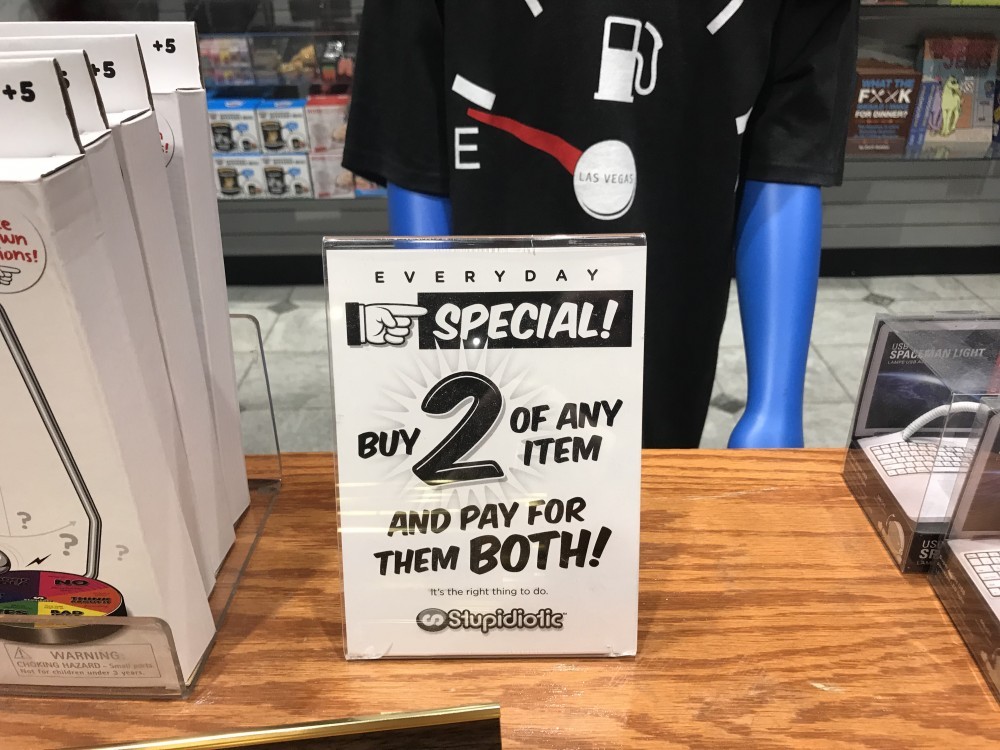 As we approached the Uber line, what I saw had me ready to faint again. 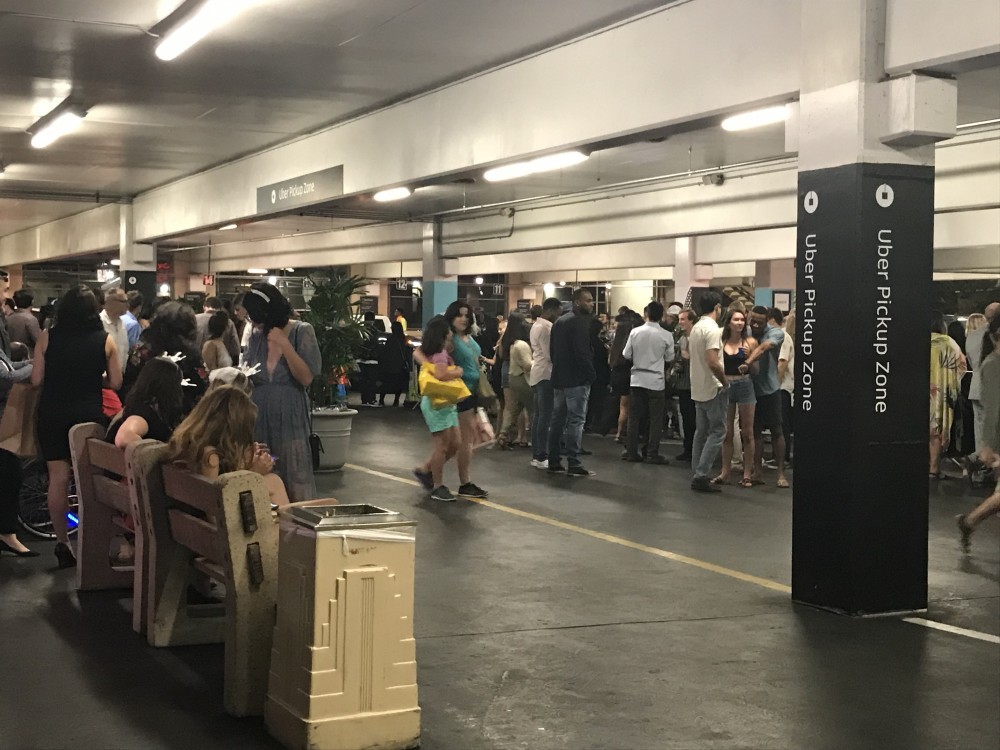 While this may be something millennials and otherwise typical Las Vegas visitors might be used to, it’s not my cup of tea and it’s a huge reason why most of “us locals” stay away from The Strip. Additionally, for me it meant mustering up a bit more adrenaline to stay upright in our travels back to the hotel.

I came up with the brilliant idea of going all the way back through MGM and across the street to NY NY Uber pickup. Despite the fact that this was an extra 20-30 minutes of walking, I felt that keeping my body moving was going to help me in the long run. I knew if I stopped at this point I would not be able to get up again.

My body was heavy, my arms and legs ached, I was exhausted and wanted to fall over. But so far every leg of the journey had been well worth it and I was not ready to give up on the night.

I knew the extra 20-30 minutes of walking was well worth it as I stepped out onto the walkway between the two hotels and saw the Statue of Liberty with her Golden Knights Jersey on. It was the beginning of the Stanley Cup playoffs and the first time in history the games had ever happened with a team from Las Vegas – never mind the ridiculous odds this team rose against.

As I looked up at her from the walkway, I felt a sort of peace. All my pain and weakness washed away for a second as I pondered being a part of history – one whose circumstances and significance could never be repeated.

Thankfully, the Uber line at NY NY was only a few people deep, and the wait was less than 10 minutes.

Sitting in the car, the adrenaline that had been carrying me drained from my body and within a few minutes I began to feel the pain from the day. My entire body ached with a deep tissue soreness that only a few understand. More than not wanting to move, I didn’t want to feel anything. I started to cry and heave, and squeezing my mom’s hand was my peace.

I knew trying to sleep in the hotel with my mom would be hard, so I went home to medicate and pass out. It was a small price to pay for a truly awesome afternoon and evening. I figured I would be paying for it for a few days.

While I was definitely tired the next day, I think the universe felt my sacrifice because I still felt the high euphoria from my adventures the day before. I was physically exhausted, but happy to have more time with mom. We managed an evening at Bingo, where mom won $200, after which we tried the new Mexican seafood restaurant in the Fiesta Rancho Hotel where my mom was staying.

I have to say, the local casinos off the strip are truly the best.

The final day of my mom’s visit, my positive attitude maintained and I wrapped up the weekend by hitting a nice little jackpot on Buffalo slots.

I went from the jackpot to the Lucky Blackjack table and hit a suited 6-7-8 (the luckiest hand possible) with a side bet of $5 that paid $100 to 1.

As if it were fate, the day after my mom left my period started and I didn’t leave my bed for three days. My hands were bruised from pushing a wheelchair, my legs and arms were sore from overwork, and the pain from cramping and fatigue was beyond comparable.

I know I overdid it, but I honestly don’t care. The memories of the good times will far outlive the suffering.

I don’t generally recommend overdoing it, and definitely try to avoid anything that might result in a hospital visit, but when you have the opportunity to do new things with people you love it’s worth pushing through it all. 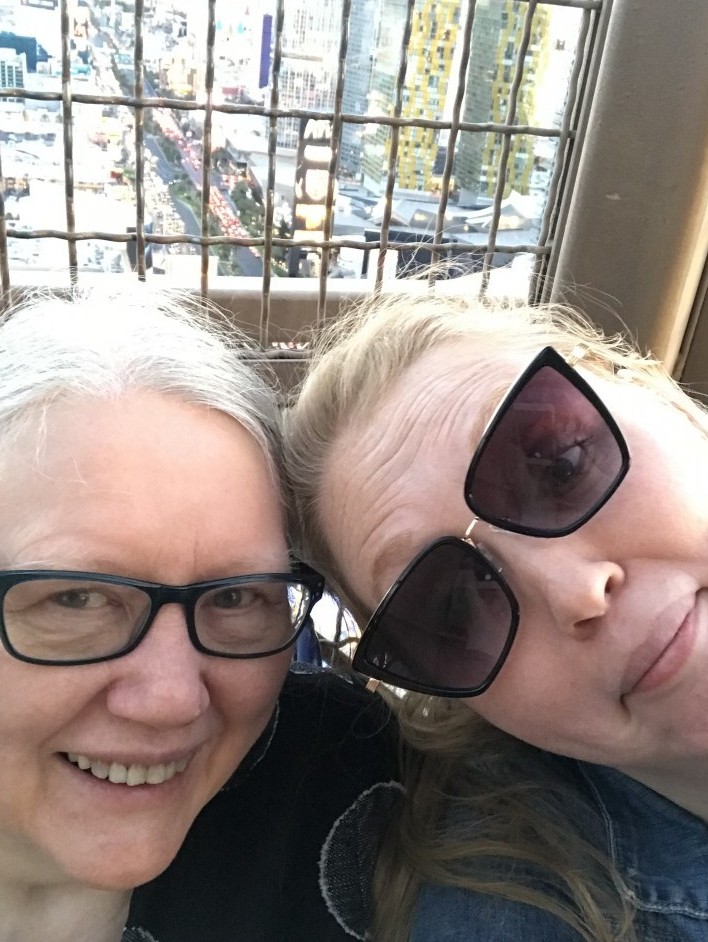 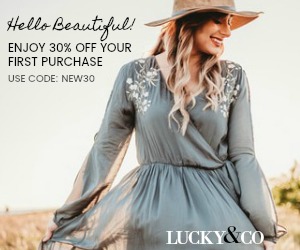 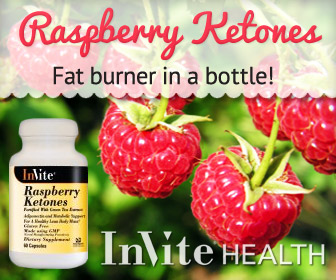 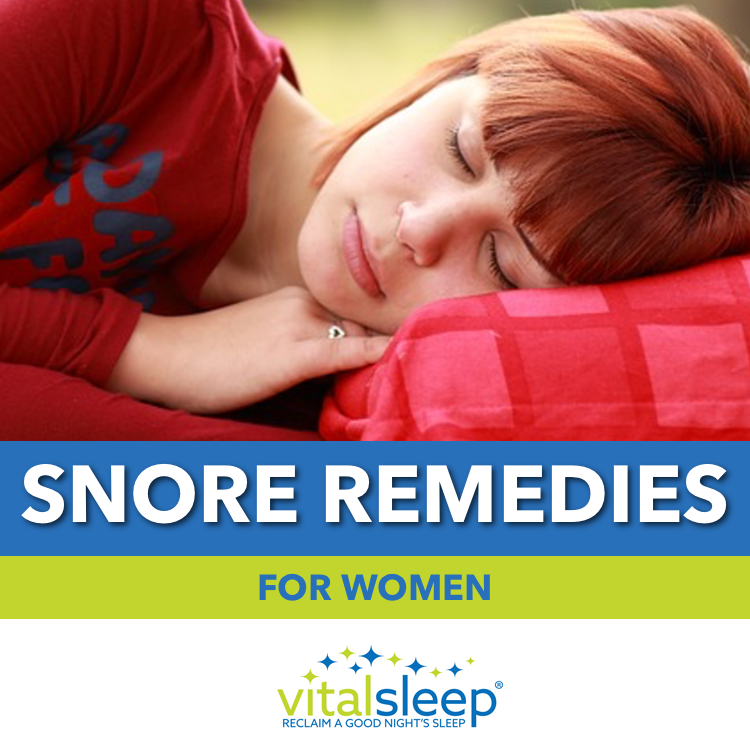 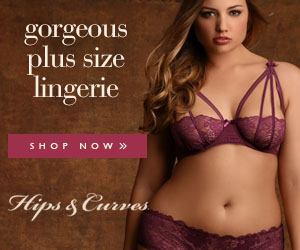